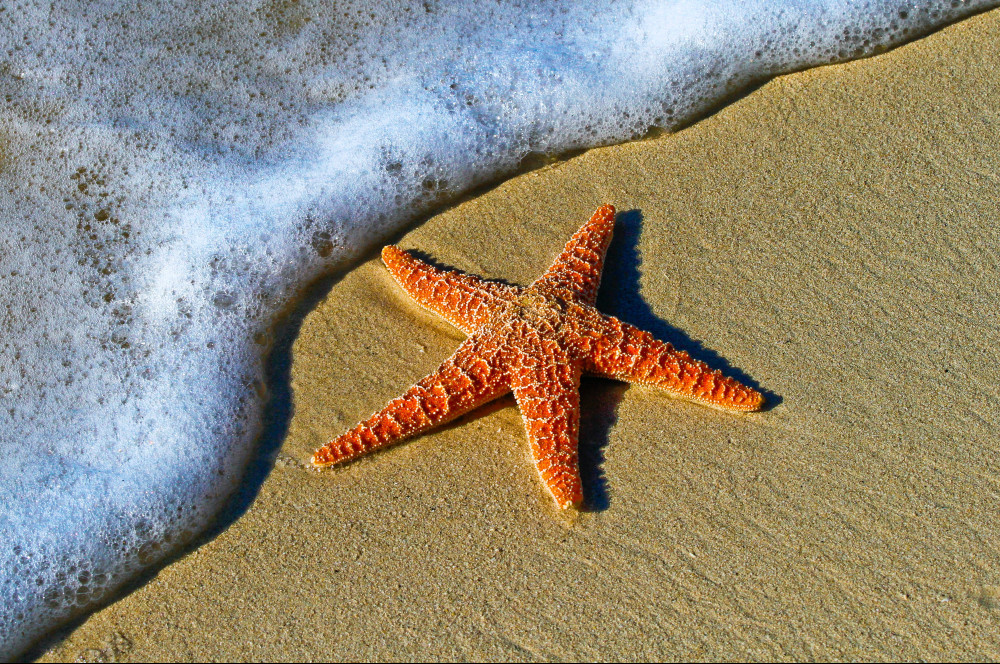 “What Is a Sea Star? | What Really Happened to the Starfish?” We’ll learn about these amazing creatures, their survival skills, and existence in the ocean beds.

The name starfish was changed to sea star to make the distinction that they aren’t fish since they have no backbones. That’s what happened to the beautiful starfish we love … only a name change.

Sea stars have many relatives from either the same or a different class under the Phylum Echinodermata. The brittle star and basket star are examples.

Now that you know this simple explanation, let’s get started …

Despite the name change, many people are still sentimental about the word starfish. They already knew it wasn’t a fish, so a starfish by any other name will always be a starfish.

What is a sea star? They are star-shaped or asteroidal marine invertebrates known as echinoderms. For those who are interested in more complex classifications, here’s a breakdown …

Sea stars live in many areas of salt water, or rarely in brackish water, including coral reefs in different climates. They even survive in sand over 20,000 feet deep!

They come in a large array of colors … mainly shades of blue, brown, gray, orange, purple, and red.

The protective outer shell may be smooth, spiny, or granular. They are mainly predators but have predators who are bigger or just able to outsmart them. 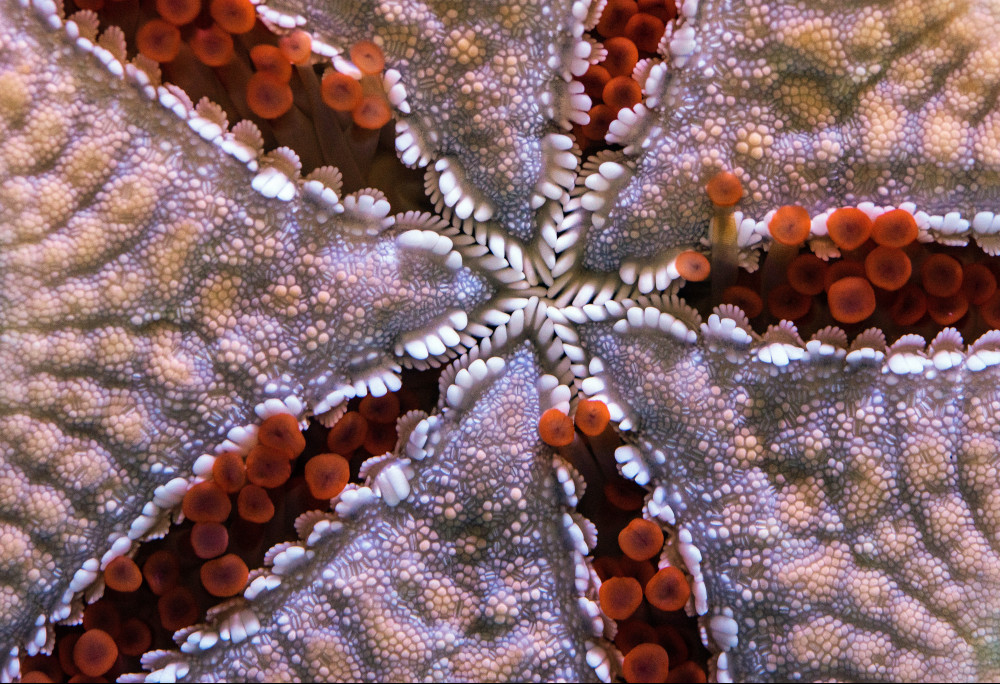 A central body disc and 5 arms are typical features with many having up to 20, 40 or more. The mouth is in the center of their underside while the anus is on the upper side.

They have rows of small tubular feet on the underside of each arm operated by a water vascular or hydraulic system. These help them with movement and to capture prey.

These sea creatures do not have blood, instead their complex vascular system uses sea water to carry nutrients through their bodies.

Three interesting features about sea stars is their feeding habits, regenerative abilities, and methods of reproduction.

Feeding Habits: They feed in two different ways … eversion of their stomachs or suspension.

Regenerative Abilities: This is a rare feature. Some species of sea stars can regrow broken parts and will even shed a limb to escape from a predator.

Reproduction: Two ways in which they reproduce are asexually on their own or sexually with a mate.

Scientists have discovered more than 2,000 types of sea stars so far. They are closely related to sand dollars, sea cucumbers, and sea urchins.

Brittle stars are also echinoderms similar to sea stars except that they have long thin arms. They belong to the class Ophiuroidea.

Basket stars are the largest ophiuroids with many branched arms and live mainly in deep sea habitats.

They have a rich menu of molluscs such as clams, oysters, and snails, also small fish. The eversion technique is to extend the stomach through the mouth after attaching to their prey.

Strong acids from the stomach dissolve the trapped creature for easy entry into the stomach. Smaller organisms are swallowed whole and inedible parts passed back through the mouth.

Suspension feeding allows them to capture plankton and bacteria without much effort by the mucus coating on their arms. They then transfer them to their stomachs.

Sea stars have eyes on the tip of each arm. Sensory nerves from their complex vascular system extend from the central disc to their arms make capturing food and feeding more convenient.

They are versatile in their activities even without having a brain.

Although they also have predators, their hard shells usually serve as a deterrent. Their tactic of shedding limbs that have been caught sometimes helps them to escape.

Some predators to sea stars are fish, otters, seagulls, sharks, stingrays, and other sea stars.

The life of a sea star begins in numerous ways even with similar species. Some are hatched from eggs fertilized mainly externally but also internally.

Sexes are not identifiable and some have both male and female organs. In other cases females split in half producing male offspring. It is believed that they eventually become females.

Development into actual young sea stars is also done in diverse ways. After fertilization, some eggs become attached to plants and rocks. Others are brooded in pouches by adults.

Every aspect of regeneration does not apply to all species of sea stars. Some regrow arms or a whole sea star from a broken off arm even small fragments of it. In the meantime the missing arm regrows.

Brittle stars or serpent stars also have the capacity to regenerate broken arms; however, they do not regenerate whole brittle stars.

The whole reproduction and regeneration processes among species are much more complex than will be explained here. This area alone makes quite an interesting study.

Sea stars self populate in accordance with favorable or non favorable conditions. It’s as though they’re making sure they aren’t outnumbered. 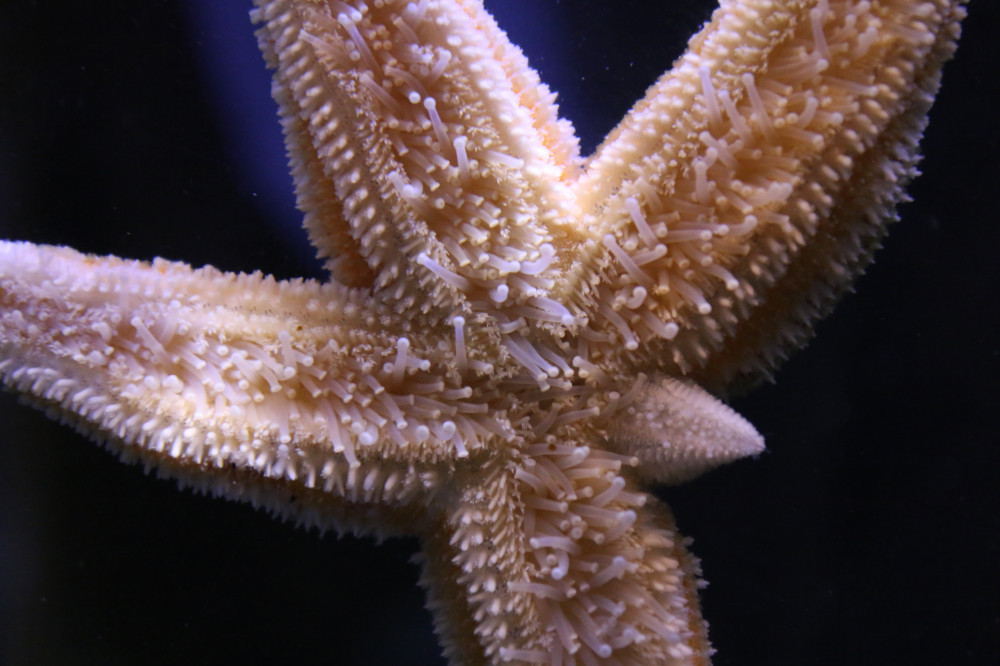 Habitat | Home of the Stars.

Wherever they are found in the entire global ocean … Atlantic, Pacific, Indian, Arctic, and Southern or Antarctic … they prefer the ocean floor.

Sea stars are chiefly solitary creatures but are often found in clusters for feeding. Most of them move very slowly by way of their tubular feet. Others with a different mechanism can go faster.

Sea stars play an important role in coral reefs and the majority of species are considered beneficial in many ways. There are a few that are extremely dangerous to coral reefs and need to be controlled.

This is a very short version of what could be said about these creatures. I hope you enjoyed this article, “What Are Sea Stars? | What Really Happened to the Starfish?” 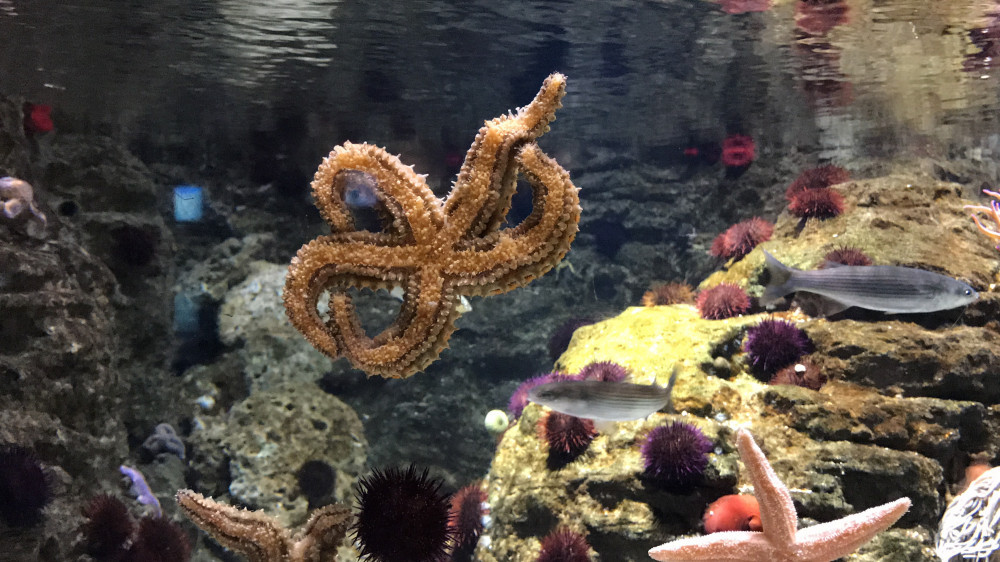